Officially Tanzania’s smallest national park, tiny Rubondo Island on the heart of Africa’s largest lake packs a lot into its 240 square kilometres. Known as the Jewel of Victoria, Rubondo Island National Park bvoasts a unique diversity of flora and fauna including the endemic Sitatunga.

Other animals you’re likely to spot in the park include hippos, otters, bushbucks, mongoose, elephants, suni antelope, and a variety of primates that has even been known to include the park’s resident chimpanzee population.

In addition to all of this animal life, the park is also a recognised destination for bird lovers, with a huge variety of bird-life calling the forested island home.

A series of eleven islands at the heart of Lake Victoria, the world’s second largest lake, Rubondo National Park is a picturesque paradise populated with a mix of native animals and introduced species such as the chimpanzee, elephant, and giraffe.

The park’s beaches and virgin forest are a sight to behold, and in the wooded interior can be found a dizzying array of bird life as well as the semi aquatic sitatunga antelope that is hard to spot elsewhere in the country.

More a place for relaxation and fishing than game viewing, Rubondo makes for a great add on to a longer safari along the Northern Circuit or between Tanzania and Kenya. 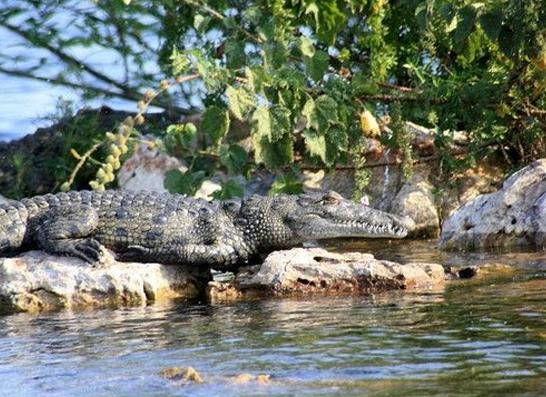